We are proud to announce that B-Open and The Climate Data Factory have been chosen by Copernicus Climate Change Service (C3S) and the European Environment Agency (EEA) to upgrade the European Climate Data Explorer (ECDE).

The ECDE is an interactive tool providing climate hazard indicators for many sectors (such as health, agriculture, forestry, or energy) to support the European Green Deal, Mission Adaptation, and national adaptation strategies. During the next two years we will introduce new climate indicators and visualisations powered by data and apps from C3S's Climate Data Store. 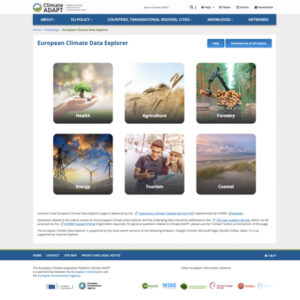